Chinese Smartphone maker Xiaomi had accouned on 9 August to unveil its new sub-brand, POCO, in India as well as globally. Recently there have been many leaks to justify the arrival of POCO brand. Xiaomi has teased about POCO not only just a sub-brand but also the release of POCO smartphones in India.

Jai Mani, Lead Product Manager for Xiaomi India, in a tweet said that he has been working on the new project called ‘Poco by Xiaomi’. The tweet highlights two new Twitter handles for India as well as global markets for the forthcoming Pocophone. Though the new accounts do not reveal any details of the upcoming handset, it does hint that products under Poco brand would be launched in India. Additionally, Xiaomi India has also responded to the tweet, wishing Mani well for the new project. Notably, there are no official details about the new smartphone, but a handset allegedly named Pocophone F1, may be the first handset under the sub-brand.

Later in the week, Xiaomi SVP Wang Xiang tweeted his support for Jai Mani’s latest tweet on the brand. Mani’s new tweet elaborated further on his first, and detailed the brand as well as its first product. He said, “POCO is all about making powerful smartphone with the technologies that truly matter. Recently it feels like the pace of innovation in the smartphone industry has slowed down, while prices are creeping up with flagship smartphones now past the $1,000-mark. We set out to build something to buck this trend. For the first product, we got back to basic and focus entirely on speed. Not just peak performance speed, but actual, real world, speed.”

He added that the Poco team was a “small outfit within Xiaomi” that had the freedom to “start from scratch, zeroing in on the product choices that matter”. Mani said, “At the same time, with Xiaomi’s supply chain, operations, and service infrastructure behind us, we can ensure the highest quality for our fans.”

Expected Features and Pricing
The POCOPHONE sub-brand phones are going to be powered by the Snapdragon 845. In terms of specifications, a recently leaked unboxing video of the Xiaomi Pocophone had tipped that the smartphone packs a Snapdragon 845 processor with a liquid cooling system, a 4000 mAh battery, a 20-megapixel selfie camera, and IR Face Unlock. It is also said to come with a 3.5 mm audio jack at the top and a USB Type-C port at the bottom. It is likely that the phone will feature a 12-MP + 5-MP dual camera setup with 1.4-micron large pixels and dual pixel auto-focus on the main sensor. The front camera is said to support Super Pixel technology.

Now the company itself has gone live and announced on its >Facebook and >Twitter pages that the smartphone may be equipped with the Qualcomm chip. 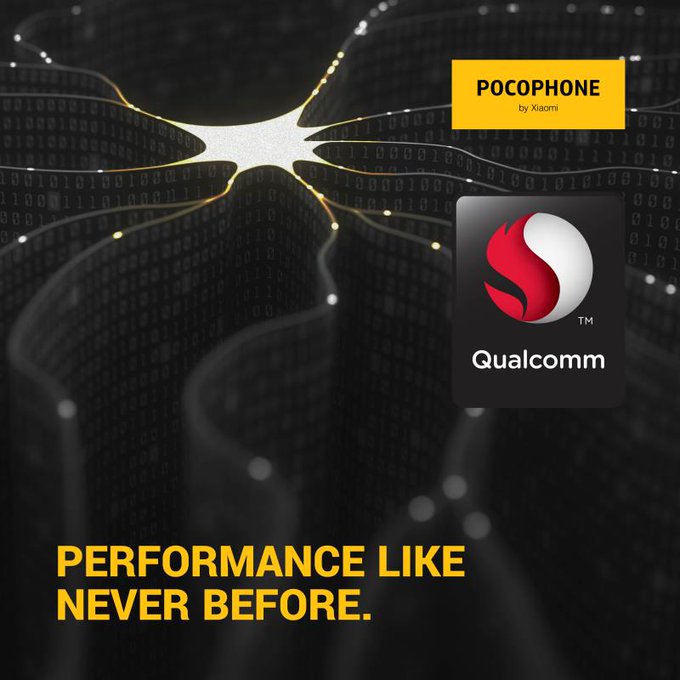 Also, the company has been bragging through its tagline of a “performance like never before” and also “a high-end Snapdragon chipset might take control over the smartphone such as Snapdragon 845. The open letter from Jai Mani on Twitter also talks about how the new phone, allegedly called Pocophone F1 will be completely speed oriented.
The above information is based on the various leaks on social media. However, in the days to come we shall let you know about the dates of launch too.
Stay tuned for more updates!
Tags
Facebook india Jai Mani Launch POCO POCOPHONE Pocophone F1 Snapdragon Sub-brand Twitter xiaomi
Share
Facebook Twitter Google+ LinkedIn StumbleUpon Tumblr Pinterest Reddit VKontakte Share via Email Print

Maruti Suzuki unveils the Special Edition Dzire for the lower base variants, LXi and LDi

Xiaomi to host Supplier Investment Summit in India April 9 to 11, 2018

Please consider supporting us by disabling your ad blocker